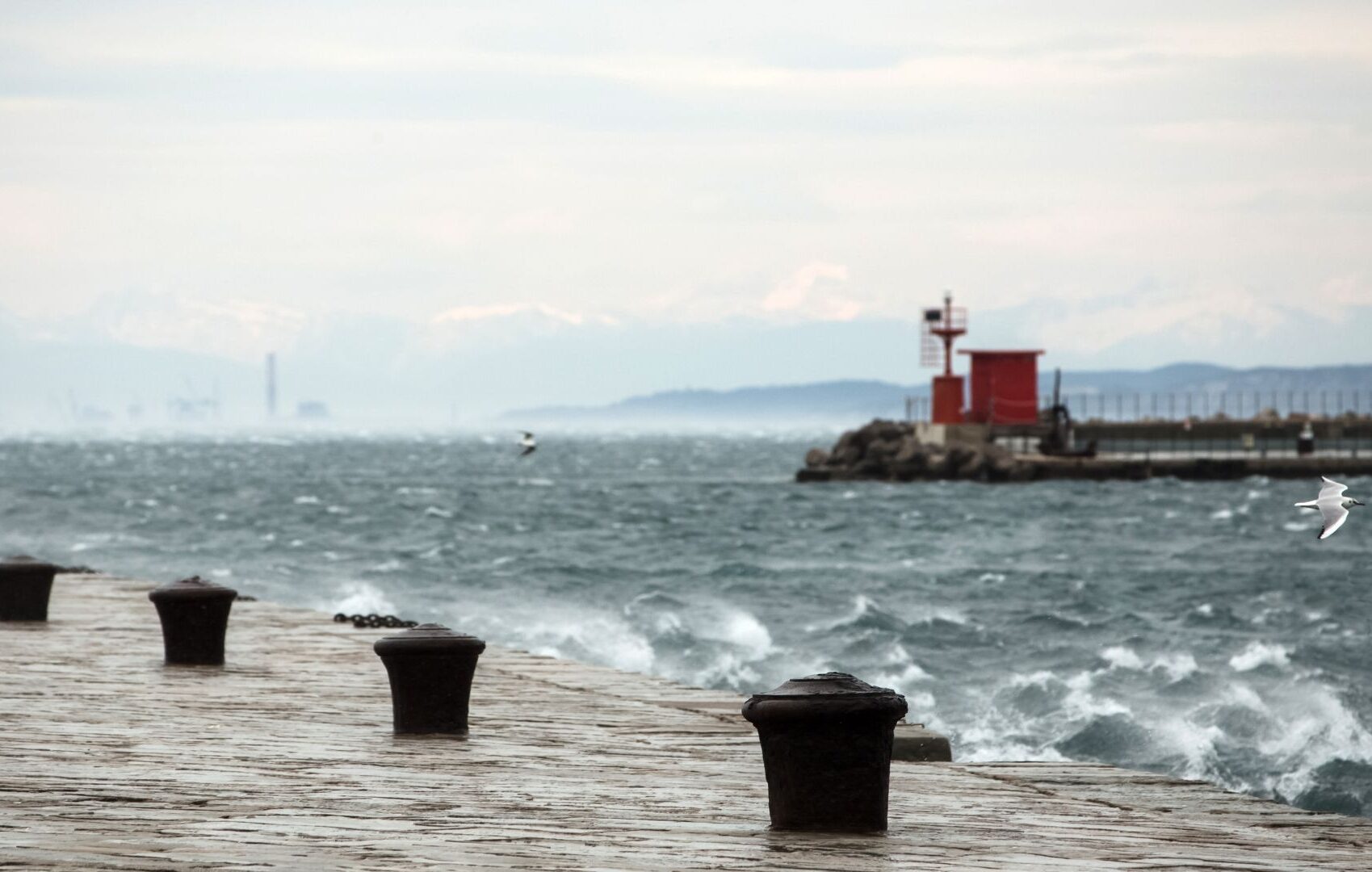 The Bora is a wind that blows from the East – North East and can be considered as the most turbulent in Italy, due to its gusts that can reach peaks of up to 180 km / h.

The writer Edda Brezza Vidiz tells the origin of the Bora through a magnificent legend:

“Many, many years ago Vento (the Wind), running around the world with his children, came upon a green plateau that descended steeply towards the sea. Bora, the most beautiful and beloved daughter of Vento, enchanted by the beauty of the landscape, left the turbulent brigade of her brothers to run in the sky to upset the sheeplike clouds and to play among the branches of the trees, which waved merrily as she passed.

Tired of running here and there, Bora entered a cave where, on the way back from the Golden Fleece, the human hero Tergesteo was resting. Tergesteo was so strong and so beautiful and so different from all creatures, that Bora had seen and known up to that moment, that he suddenly fell in love with him. Love that Tergesteo returned with equal passion: and the two lived happily in that cave for three, five, seven splendid happy days.

When Vento became aware of Bora’s escape, he set about searching for it, until a grumpy cirrus cloud, annoyed by that great uproar that was banging him up and down the sky, revealed to him the refuge of the two lovers. Vento reached the cave and, as he saw Bora embracing Tergesteo, his anger grew and became a cyclone that rushed against the human, lifting him and hurling him against the walls of the cave, over and over again, until the hero remained motionless at the soil, lifeless. Then, calmed but not appeased, without a blow, he left Bora to his fate.

Bora, tormented by pain, began to scream and cry so hard that every tear turned to stone. In an attempt to console her for so much despair, Mother Nature from Tergesteo’s blood gave birth to the Sommaco, which since then has flooded the autumn of the Karst with red. But Bora was crying again and again and the stones were now so many, to cover the whole plateau. Then Mother Nature, distressed by all those stones that were going to ruin her green flowering meadows, allowed Bora to remain forever close to Tergesto’s body.

But Bora did not stop his moans, so much so that even the gods were worried and, to heal the situation, Aeolus allowed Bora to relive those three, five, seven days of love every year in the arms of Tergesteo and Neptune ordered the Waves to cover the hero’s body with shells, starfish and green algae so that it could become a high hill, the most beautiful in this corner of the world. Finally Bora subsided but forever left the echo of its moans in the rustle of the leaves.

After many, many centuries, the men who came to these lands settled on the Tergesteo hill and built a Castelliere with the tears of Bora that have become stones. Over time Il Castelliere became a village – city. A city, which in memory of this legendary love was called Tergeste, where Bora still reigns supreme today, blowing impetuously: “clear” in the arms of his “dark” love waiting to meet him. “

The Bora is like this, contrasting, “clear” and “dark”, and so is the relationship that many have with this wind: they love it and hate it.

They hate the Bora when they have to go to work and their hands freeze just at the idea of going out.

They hate the Bora that blows their hat and ruffles their hair.

They hate the Bora when they hear it coming and remember leaving a window open at home.

They hate the Bora because it sneaks through your clothes and freezes your bones.

But the people of Trieste have also learned to love it. What you feel about the Bora can be expressed through the concept of the “sublime”. In romantic art and literature, the “sublime” is the feeling of fear but at the same time of amazement and wonder that man feels in front of the greatness and strength of nature.

This is how you feel in front of the Bora: small, impotent, frightened but also ecstatic, bewitched, amazed.

Regardless of the conflicting emotions it can cause, one thing is certain, admiring Trieste lashed by the Bora is an experience to try in this wonderful city.

Next article:
THE COFFEE